Yesterday afternoon,the Republican ticket for Governor and Lt Governor visited Chapin to kickoff what will be a week long bus tour around the state before Election Day, Tuesday, November 8th.

I began my remarks letting everyone know that my colleagues always hear me say “You can’t spell Champion without Chapin” (every time I bring our state championship teams to the State House). I don’t know of a better champion for our state that Henry McMaster.

Joining me on stage on Beaufort Street were the Governor and his wife, Lt Gov and her husband, Congressman Joe Wilson, our Senator Ronnie Cromer, Representative Chip Huggins and Newberry Sheriff Lee Foster. The event was emceed by Chapin Eagle Club President James Burns.

If you have not voted already, please be sure you vote on Election Day! There are several races on the ballot in our community. 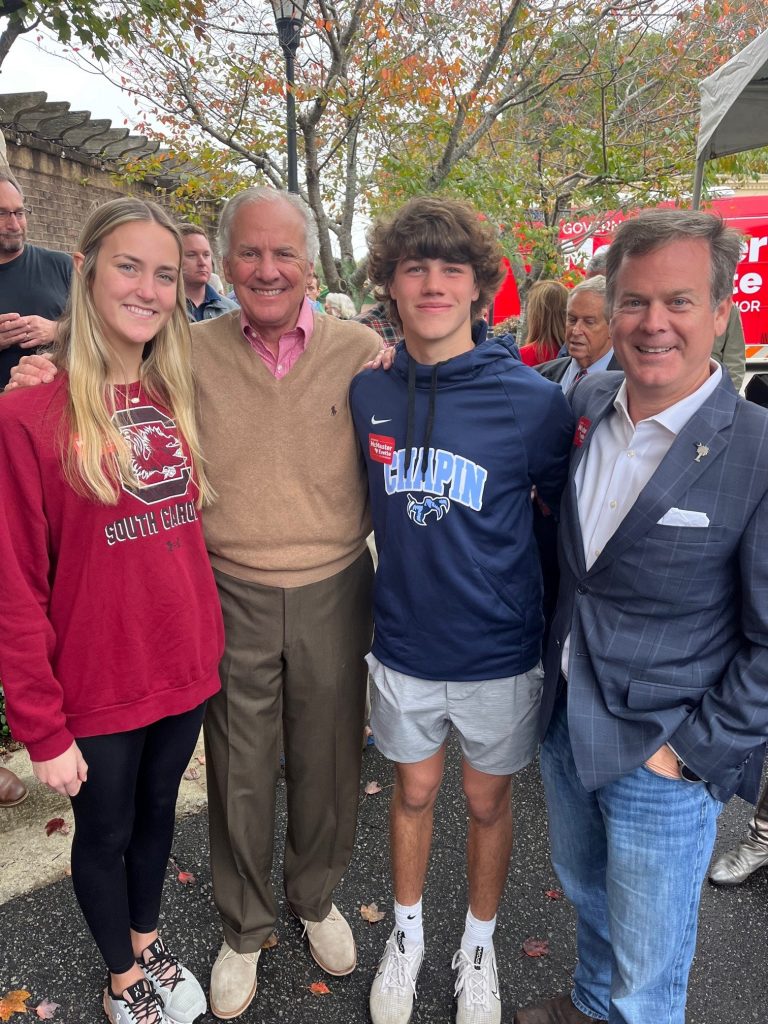