Like you, I learned of the recent resignation via the news media . Like you, I’m not shocked or surprised anymore. But I am curious as to why the Richland County Elections Director resigned. I will be calling her to see what she will share.

I won’t berate the issues we’ve all seen and experienced through the years (click here for a few). What I will do is simply state this….as one of only TWO Republicans in the Richland County Delegation, it is very frustrating to see things happen over and over and still not be in position to help remedy. The FIFTEEN Democrats control the boards and commissions The Election Commission being one of those. By rules, there is ONE member “of the minority party” (that’s Republican in Richland County) that serves on the board, but you can imagine he/she’s influence is miniscule to any decisions the board makes. 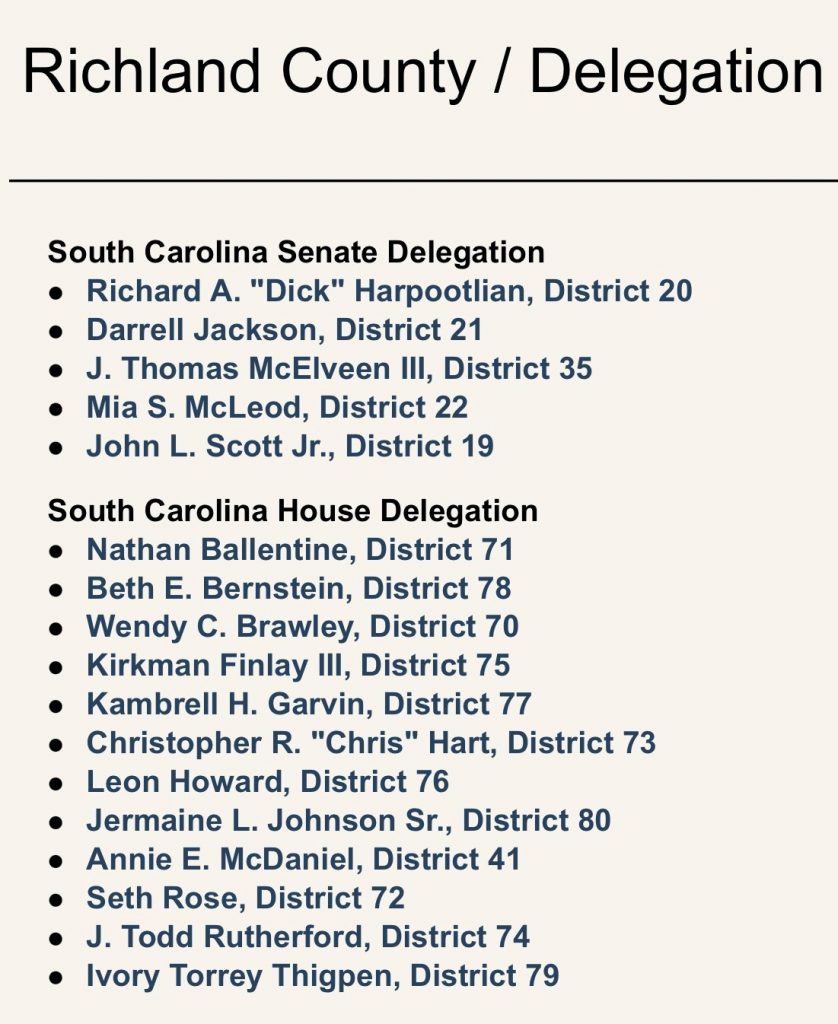 COLUMBIA — Richland County’s elections director submitted a letter of resignation after two years in the position.

The county’s Board of Voter Registration & Elections chose Alexandria Stephens for the job in June 2020 after a year of searching for someone to fill the historically troubled position.

Stephens’ resignation is effective Aug. 29. The letter did not say why Stephens resigned or where she may go next, board Chair Anjanette President said.

Stephens was not at the Aug. 18 meeting where the board accepted her resignation. She could not be reached for comment.

″(Her resignation) was a shock and it was very concerning to me,” President said. “I’m not sure what the issues were or her concerns, so it was a shock to the board.”

Stephens, who had previously worked as an elections coordinator in Alabama, stepped in after the June 2020 primary in which some Richland County voters had to wait up to seven hours because there weren’t enough workers to staff every polling place. She earned the praise of state lawmakers that year when the November 2020 election went smoothly despite a significant number of absentee ballots.

Problems arose again in November 2021 when the state demanded to oversee a partial recount of the Columbia mayor runoff election before polls closed because voters had reported being turned away because of faulty machines.

President said the board will ask the South Carolina Election Commission for help in the November election, including requesting someone from the state to act as director.

Deputy Director Terry Graham will assume the responsibilities of the role for the upcoming Nov. 8 election. Graham was tapped in as interim director after Stephens’ predecessor, Rokey Suleman, resigned in 2019 and the interim director appointed after him left the position.

“I’ll always be the last man standing,” Graham said. “I’ve been through this before; didn’t want it to happen again, but of course I’m here. I’m committed and want to make sure the citizens of Richland County get a fair and impartial election.”

Graham said while he understood Stephens probably had a reason for moving on, he was sad to see her leave.

“I know we were heading in the right direction,” Graham said. “I’m a little bit disappointed because I was in for the long haul with her.”

Graham has plans for the upcoming election. He wants to increase the stipend poll workers receive, which currently ranges from $135 to $195, to help incentivize more people to sign up.

“What I did in my former location in Chester was a $30 increase, and if I can get that $30 supplement for all poll workers it’ll be a great improvement,” Graham said. “I think you wouldn’t have as many problems trying to get people to come and work.”

Richland County elections have historically been a hotbed for issues.

Suleman’s resignation came after the county failed to count more than 1,000 votes in the November 2018 election, which led Gov. Henry McMaster to remove the entire board.

In March 2019, the new elections board voted unanimously to hire another elections director, Tammy Smith, from Wilson County, Tenn. But Smith turned down the job because she and the board couldn’t agree on a contract.

The county’s problems with elections date back more than a decade. In 2010, the county failed to count 1,100 votes, causing it to incorrectly certify the election. In 2012, voters dealt with long lines because the county failed to roll out enough voting machines. In 2016, the state stepped in to help after the county missed a recount deadline.

Board member Shelia Washington said the county will make sure the November election happens without issue.

“We’re doing our best to make sure the election runs smoothly and nothing goes slacking,” Washington said. “And we do want all support from the community.”