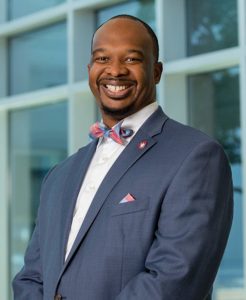 Ross has been serving as interim superintendent since July. The announcement was made during a January 10 school board meeting. The new contract lasts until June 30, 2025 and will pay Ross $210,000 annually. He’ll officially take the title on February 1, when the new contract goes into effect. The old agreement that made him interim superintendent will be allowed to expire on January 31.

“We are very excited about Dr. Ross’ leadership,” said Board Chairwoman Jan Hammond. “He is a humble and knowledgeable leader that can lead this district to bigger and better things.”

Dr. Ross began his 20-year education career as a teacher and coach at Eau Claire High School in Columbia, S.C. He came to School District Five from Richland School District One in 2005, where he first served as assistant principal and then principal at Chapin High School. In 2018, he left Chapin High School to serve as the Director of Secondary Education for the district. Dr. Ross is also an author and Affiliate Professor of Educational Leadership at the University of South Carolina (UofSC).

“It’s an incredible honor, and I am humbled by the responsibility of leading this great school district,” Ross said. “I don’t take this responsibility lightly and will continue to work hard to serve the students, staff and community. I am very proud of the opportunity ahead of building a great future for our children. The work begins now and I am excited to get started.”

Dr. Ross has received numerous professional recognitions and accomplishments during his career including: the 2017 South Carolina Association of School Administrators (SCASA) Secondary Principal of the Year and the 2018 National Association of Secondary School Principals (NASSP) Principal of the Year. He was featured in Principal Leadership Magazine, The Rotarian Magazine and Columbia Business Monthly, 50 Most Influential, 2018. Dr. Ross was named the 2020 UofSC College of Education Adjunct Professor of the Year.