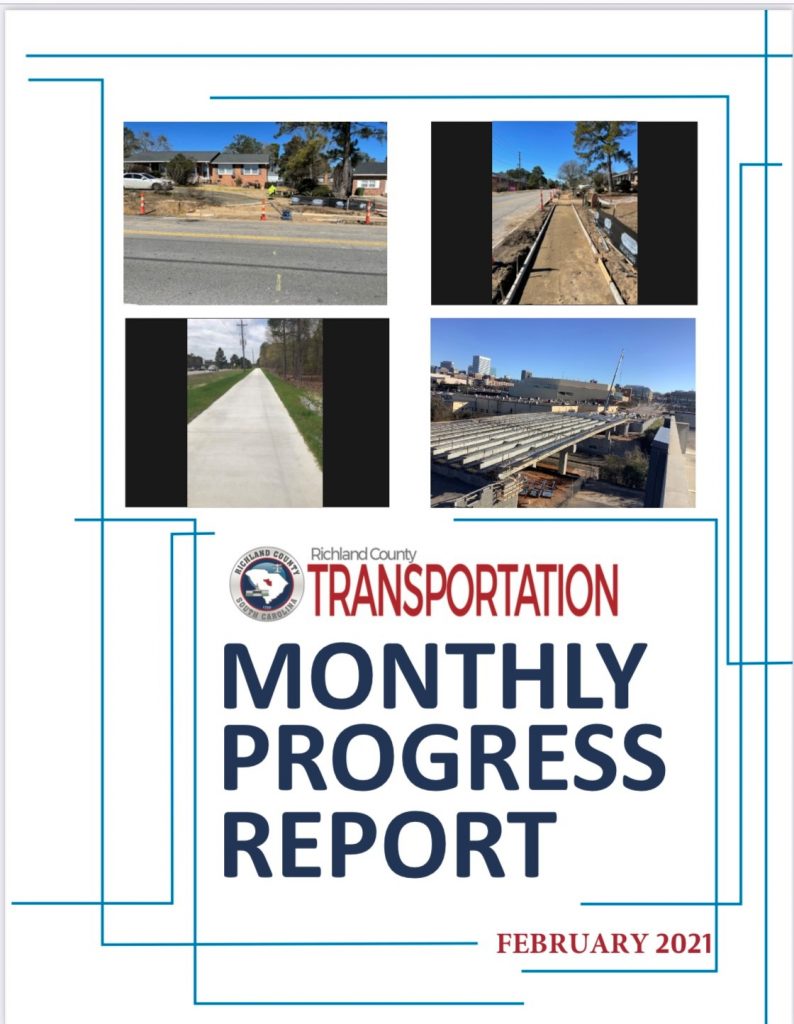 Like you, I’ve been wondering what the county has been doing for us with the Penny Tax revenue that passed years ago (our area being one of the few that voted against the tax ). Outside of a roundabout on Kennerly Road near Riversprings Elementary, that’s about all I see – from the county.

I did some searching on my website and can’t believe it’s been NINE YEARS since the county passed that tax!

After seeing all the work ramping up at the state level from DOT , I decided to check locally today with the county to see what they were doing for us. Glad I did, apparently “things have changed”. I learned a word I haven’t heard before. I was told the project has been “descoped” and that those changes were approved by Richland County Council.

Appears cost overuns is a primary reason for the change from an article from last year that sheds some light.

In any event, here was the update I saw this afternoon before calling to speak with Michael Niermeier, Director, Department of Transportation with Richland County Government. 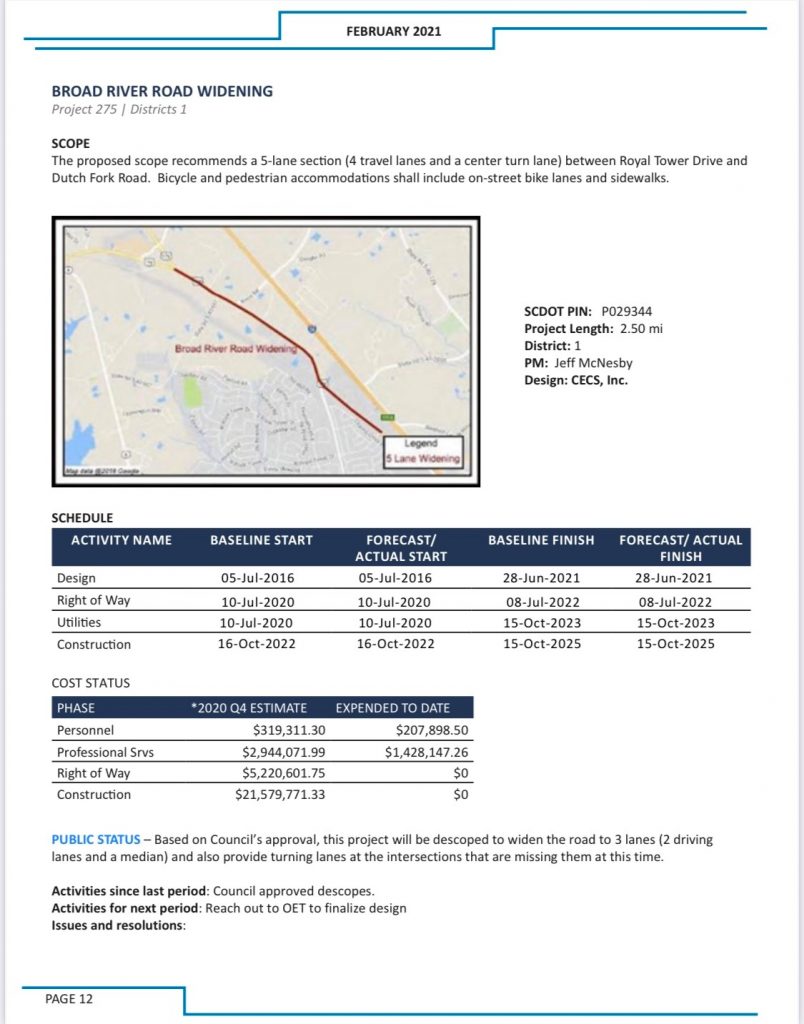 A description of the “descope” is below and also can be seen by clicking here.

So, bottom line, it looks like we are 2-3 years away from the county using the Penny Tax to start construction on this improvement.

Not the news I wanted to hear today. I was told the county would come out here once the “descope” has been finalized so that we can see what they have proposed. I was told there isn’t enough money to do the “5 lane project” that we were originally sold. (I see what it’s hard to trust government anymore)

Original Project Scope
The project scope for the Broad River Road Widening Project was to widen the roadway to 5
lanes between Royal Tower Drive and Dutch Fork Road in the Irmo community. In addition, the
road was to be widened to 3 lanes between Dutch Fork Road and I-26 (Exit 97).
(2) 4-foot wide bike lanes and (2) 5-foot wide sidewalks are included in the project scope.
Revised Project Scope – Based on traffic volumes, public input, and funding, the PDT recommended to
only include the widening from North Royal Tower to Dutch Fork.
Referendum Funding – $29,000,000.00 Current Cost Estimate: $39,663,756.37

The traffic study evaluated 15 intersections along the length of this project along with the
intersections of the off\on ramps of I-26. SCDOT plans to widen I-26 in this area, so the off\on
ramps would be addressed with their project.

The 2043 Level of Service in this corridor has been identified as “Adequate” for the proposed
improvements while the 2043 “No- Build” evaluation showed that the majority of the
intersections would operate at a “F” Level of Service. The recommended proposed
improvements from the traffic study are to improve the intersections by increasing turning bays.

Widen the road to 3 lanes (2 driving lanes and a median) and also provide turning lanes at the
intersections that are missing them at this time. This could improve turning movements in and
out of the many businesses in the corridor and decrease the number of rear-end collisions.
New Approx. Estimate: $30M (Approx. Savings $9.6M)

Note: This option would not improve capacity but would improve safety and would improve
flow since left-turning vehicles would be able to pull into the median instead of block the
flow of traffic.

The cost estimate includes approximately $1,150,000 to relocate a 54” waterline at SCDOT’s
request. Staff is currently working with SCDOT to possibly have this requirement removed.