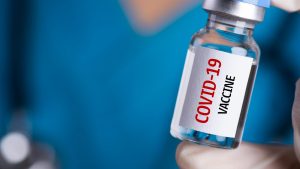 South Carolina could be less than two weeks away from receiving its initial shipment of COVID-19 vaccines, officials say.

Stephen White, the state Department of Health and Environmental Control’s immunization program manager, said if both Pfizer and Moderna receive approval for their respective COVID-19 vaccines when anticipated, South Carolina could be in line to receive limited quantities of both vaccines before Christmas.

“Things can change, decisions could linger, things could be expedited,” he said on a media call Thursday. “But that is the time frame we’re thinking the vaccine could be available, if the (emergency use authorization) is approved and (the Advisory Committee on Immunization Practices) provides their guidance.”

If authorized by the FDA, Pfizer should be able to produce enough vaccines for about 12.5 million Americans by the end of the year, and Moderna expects to have about 20 million doses available for distribution nationwide by year’s end.

DHEC officials did not say the exact amount of each vaccine South Carolina might receive later this month, saying only that doses would arrive in “very limited” quantities and on a rolling basis.

The vaccines will be allocated in phases, beginning with healthcare workers on the front lines of the pandemic and residents of long-term care facilities.

Because doses will be in such short supply early on, it’s likely local decision makers will initially need to prioritize some individuals over others, DHEC officials said.

“For example, if you have an older nurse with diabetes versus a younger respiratory therapist with no medical problems, there might be a decision at that local level to vaccinate the more vulnerable person,” explained Jane Kelly, assistant state epidemiologist.

DISTRIBUTION PLAN DETAILS
Kelly said agency officials are still working out the details of subsequent vaccine distribution phases, but that those next in line would be those at increased risk of contracting COVID-19 or at high risk of experiencing severe complications from the virus.

She said people may fall into the second vaccination group, referred to as Phase 1b, if they have pre-existing medical conditions, are of advanced age, or live or work in congregate settings such as group homes or correctional facilities.

White said it’s too soon to say when the state might be able to start vaccinating members of those vulnerable groups, but hoped it would be within the first few months of 2021.

“We’re anticipating that based on the allocations that we’re going to get in the coming weeks, that hopefully some time in the January, February time frame we may be able to move into a (Phase) 1b type of status and start looking at those particular target populations,” he said.

After the most high-risk populations are vaccinated and larger quantities of vaccine become more readily available, the state will move into Phase 2, DHEC officials said.

Kelly said Phase 2 would encompass people who are at increased risk, but not necessarily at the highest risk of COVID-19 infection or of developing serious complications if infected.

She cited likely Phase 2 vaccine recipients as school employees and people with diabetes, obesity and chronic obstructive pulmonary disease, among other medical conditions.

The third phase of distribution, which is still months away, would include anyone else who wants to be vaccinated, Kelly said.

“Our ultimate goal is that everyone in South Carolina who wants vaccine can receive vaccine, but we need to do it in this phased manner in order to cover the most vulnerable first,” she said.