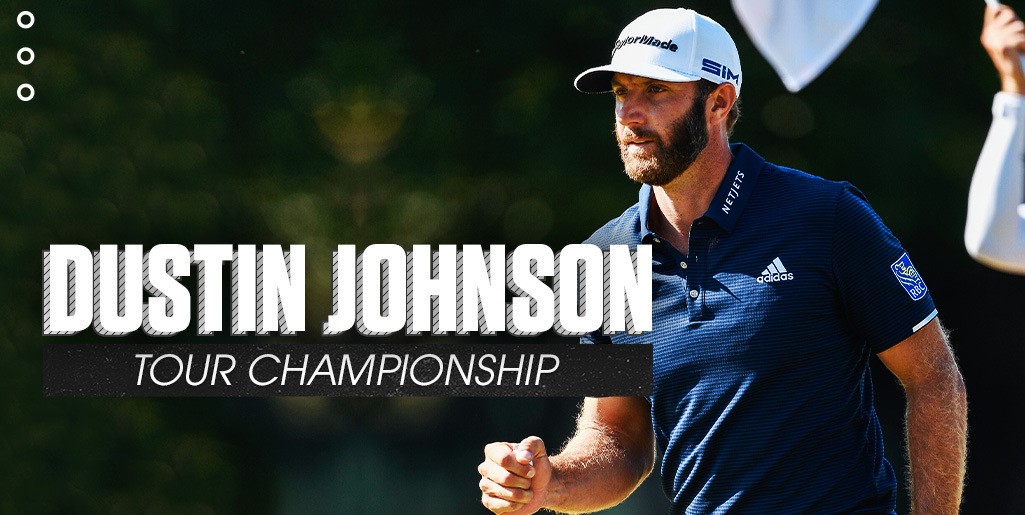 I’m working on bringing Dustin to the State House in early 2021 to recognize him on his accomplishments. Previously, local golfer Wesley Bryan was recognized when he became the first SC golfer to win the RBC Heritage tournament in 2017.

Dustin Johnson hit his stride at just the right time and it paid off in a big way.

Johnson finally won the FedEx Cup on Monday by holding his nerve, hitting just enough fairways and making a few key putts when his lead began to shrink. He tapped in for birdie on the last hole for a 2-under 68, giving him a three-shot victory over Justin Thomas and Xander Schauffele in the Tour Championship.

Johnson won the $15 million prize, the biggest in golf. Equally important was getting his named etched on that silver FedEx Cup trophy alongside some of the best from his generation, starting with Tiger Woods and most recently Rory McIlroy.

“This is a tough golf course. No lead is safe,” Johnson said. “The guys gave me a good fight today.”
He became the first No. 1 seed at the Tour Championship to win the FedEx Cup since Tiger Woods in 2009.
Johnson was staked to a five-shot lead at 19-under par — 9 under on his own score and starting the tournament at 10 under as the No. 1 seed in the FedEx Cup.

He finished at 21 under.

Johnson starred at Dutch Fork High School near Columbia and at Coastal Carolina University in Conway.
Schauffele, who tends to bring his best to big moments, and Thomas each got within three shots on the front nine. They both closed to within two shots deep on the back nine at East Lake.

Johnson gave the lightest fist pump — that’s big emotion for him — when he holed a 20-foot par putt on the 13th hole that kept his lead at three. He made nothing but pars on the back nine until the outcome was no longer in doubt.

Thomas made bogey from a wild tee shot to the right on the 17th. Schauffele also had to scramble on the 17th, escaping with par after a tee shot into the bunker. And on the par-5 18th, Johnson unleashed a drive that started left along the pine trees and faded gently toward the middle of the fairway.

That set up a birdie from the front bunker, a hug with brother Austin, his caddie, and a trophy he long wanted.
Schauffele had the lowest score over 72 holes at 15-under 265, but without a victory this year, he started at No. 14 in the FedEx Cup, spotting the world’s No. 1 player seven shots.

Schauffele and Thomas tied for second, each earning $4.5 million.

Jon Rahm, the No. 2 seed, closed with a 66 to finish fourth and earn $3 million. Scottie Scheffler, who a year ago was getting ready to start his rookie year, had a 66-65 finish and was fifth for a $2.5 million payoff.

And so wrapped up the strangest season on the PGA Tour, which doesn’t feel like the end at all except for the $15 million awarded to Johnson, $14 million now and $1 million deferred.

The new season starts Thursday. Two majors are still to be played.

Golf was shut down for three months and when it restarted, Johnson was No. 111 in the FedEx Cup. He won the Travelers Championship and a month later began a stretch that brought him to the prize he desperately wanted
In four straight tournaments against the best fields, he had the 54-hole three times and was tied in the other. He converted one into an 11-shot win. He lost to a 65 by Collin Morikawa at the PGA Championship and to a 65-foot putt by Rahm at the BMW Championship.

He badly wanted the last one, and even staked to a five-shot lead to par at East Lake, it was never easy.
Johnson made an 18-foot birdie early that was important because Schauffele kept hitting it close. Johnson had consecutive birdies through the par-5 sixth and his lead remained at five.

But he went well right off the tee at No. 7 and had to pitch back to the fairway. He three-putted from 55 feet on the fringe at No. 8 and dropped another shot. The lead kept shrinking. Johnson rolled his long birdie putt on the par-3 ninth some 7 feet by, and he made the par putt coming back to keep his lead at 3.

No putt was bigger than the 13th, when his lead was down to two shots over Schauffele. Johnson went from left rough to right of the green and chipped weakly to 20 feet. He drilled the par putt, restored the lead to three and was on his way.

“It’s a very tough trophy to win,” Johnson said. “I controlled my own destiny, but I still had to go out and play well. I had a lot of great players right behind me. It got close at the end. I knew it was going to come down the stretch and I’d have to hit some golf shots.”