I don’t need to remind everyone of the fiasco that has been Richland County elections.

It’s been one mess after another.

Finally, last year, I worked with Kirkman Finlay (R) to push to get 1 Republican on the board (which, afterall, is required by law).

Craig Plank was the Republican. Craig has served before and has tried to fix problems and build consensus in Richland County before. Unfortunately, that’s easier said than done in the county. Today he submitted his resignation letter to the Governor. Can I blame him? No.

Since he joined the Commission, he’s has been working to replace the previous Director (I believe the 6th Director in 6 years?) and it’s taken almost a year for the Commission to work towards getting a permanent Director in place – you know, something that would seem beneficial before statewide elections in June and November.

After more than a year, the Commission has lost out on their first choice. I’m curious to see when a qualified permanent Director will be named and, more importantly, when we can get a full board (which will still only have 1 Republican when we do). More to come…

I thank Craig for his efforts against when the odds seem to be stacked against reforming and fixing the county office. 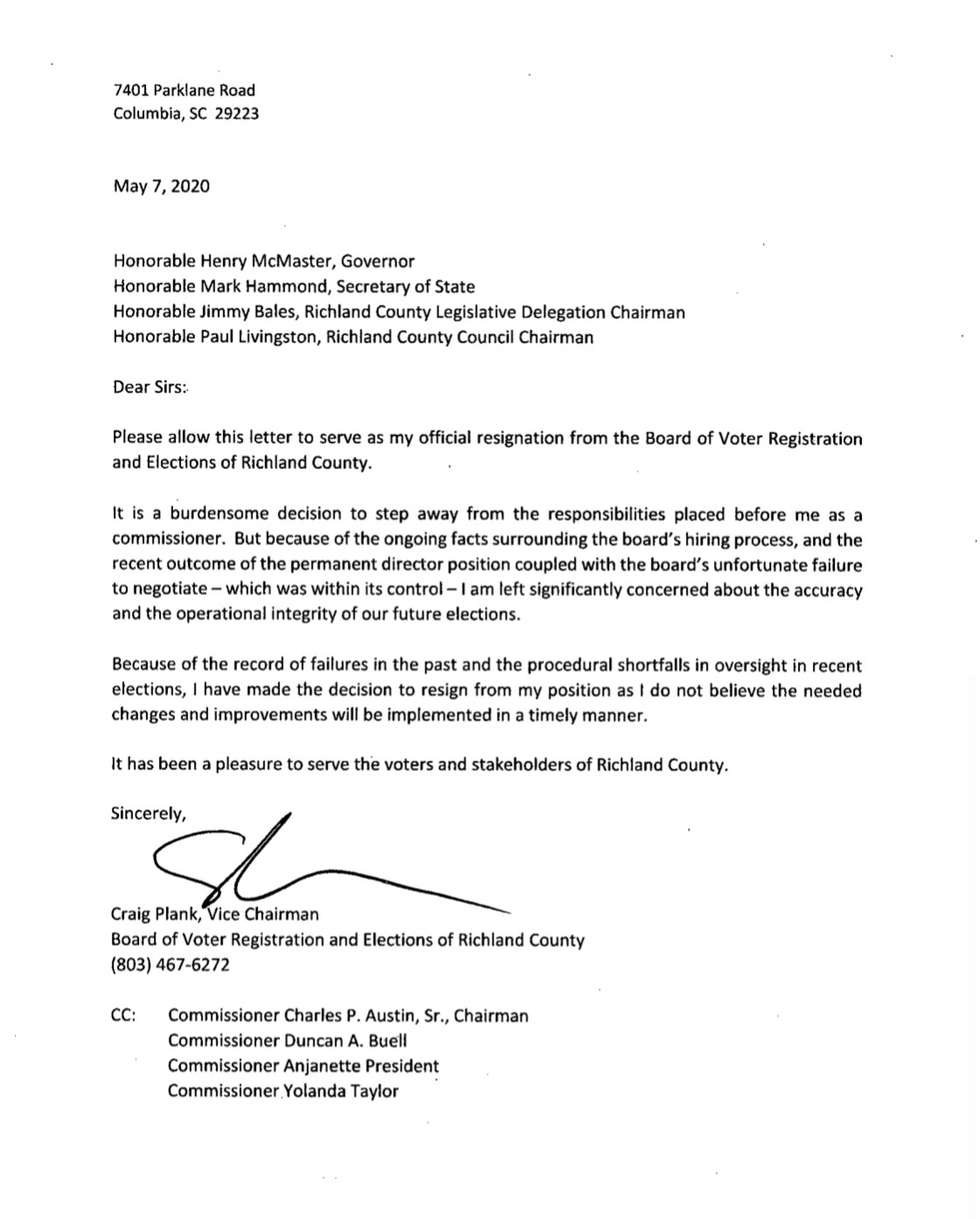