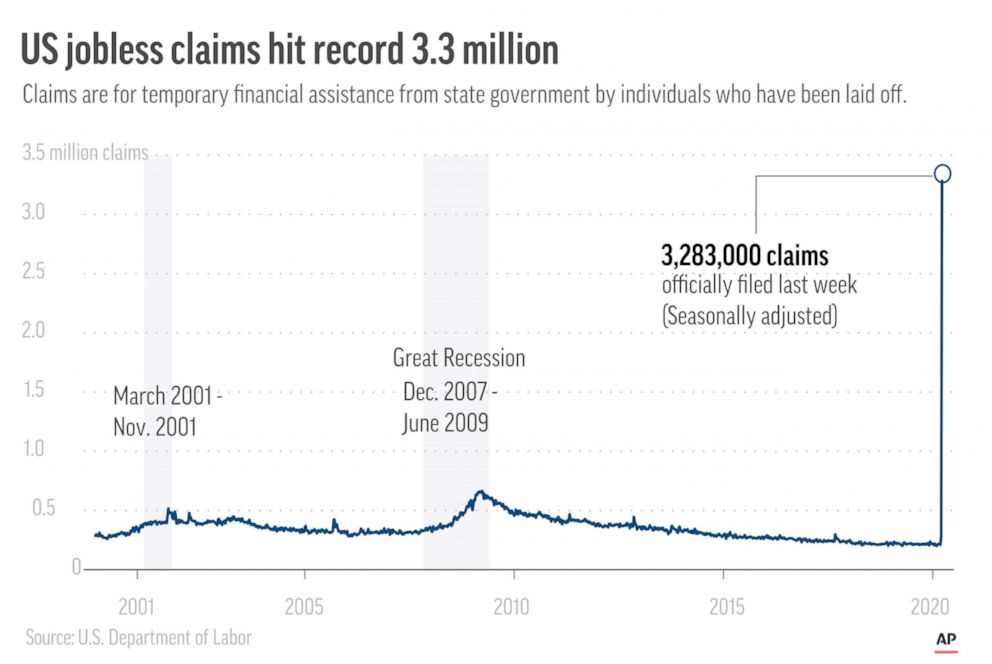 The chart above simply shows the spike for just the FIRST WEEK of coronavirus unemployment numbers. Article below goes on to share that as of now, TWENTY SIX MILLION PEOPLE have filed for unemployment aid in the past five weeks!

NEW YORK (AP) — Unemployment in the U.S. is swelling to levels last seen during the Great Depression of the 1930s, with 1 in 6 American workers thrown out of a job by the coronavirus, according to new data released Thursday. In response to the deepening economic crisis, the House passed a nearly $500 billion spending package to help buckled businesses and hospitals.

More than 4.4 million laid-off Americans applied for unemployment benefits last week, the government reported. In all, roughly 26 million people — the population of the 10 biggest U.S. cities combined — have now filed for jobless aid in five weeks, an epic collapse that has raised the stakes in the debate over how and when to ease the shutdowns of factories and other businesses.

In the hardest-hit corner of the U.S., evidence emerged that perhaps 2.7 million New York state residents have been infected by the virus — 10 times the number confirmed by lab tests.