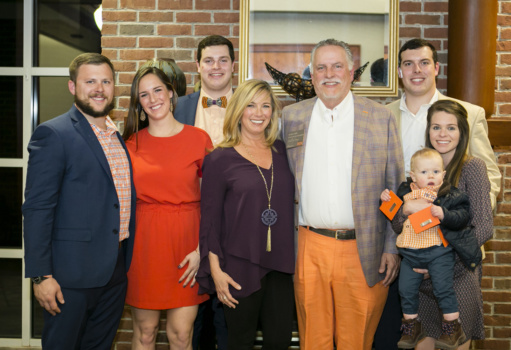 Even this lifelong Gamecock can recognize when my rival Tiger fans do well in life! Michael Nieri has certainly done that, not only building a successful family business; but also in building a legacy of helping others. Recently, he was recognized for his many achievements and contributions to his alma mater. Michael and most his family still live in our area and we’re fortunate for the way he conducts himself and his business.

The College of Architecture, Arts and Humanities at Clemson University welcomed eight new honorees to its Hall of Fame at a formal dinner held on March 6.

Founded in 2017, The Hall of Fame is the highest honor within the College. It was created to recognize exceptional individuals who are leaders in their profession or have made a significant impact on the educational, research and service goals of the College of Architecture, Arts and Humanities.

Members of the CAAH Hall of Fame Class of 2020 are listed by nominating department:

One remarkable feature of this year’s event was a strong sense of family, with large contingents attending from the Nieri and Gooch/Goswami groups, along with other members of the Clemson Family.

The ceremony at the Madren Center was attended by Provost Robert H. Jones and three of the founding members of the Hall of Fame: Michael East, Ronald Moran and Ben Skardon, now 102. From the Class of 2018, John Acorn, Chip Egan, Mickey Harder and Art Young were represented, and from the class of 2019, John Butler and Barry Nocks. In addition, Associate Deans James Burns and Jim Spencer were joined by department chairs and several of the College’s top students, the CAAH Ambassadors.