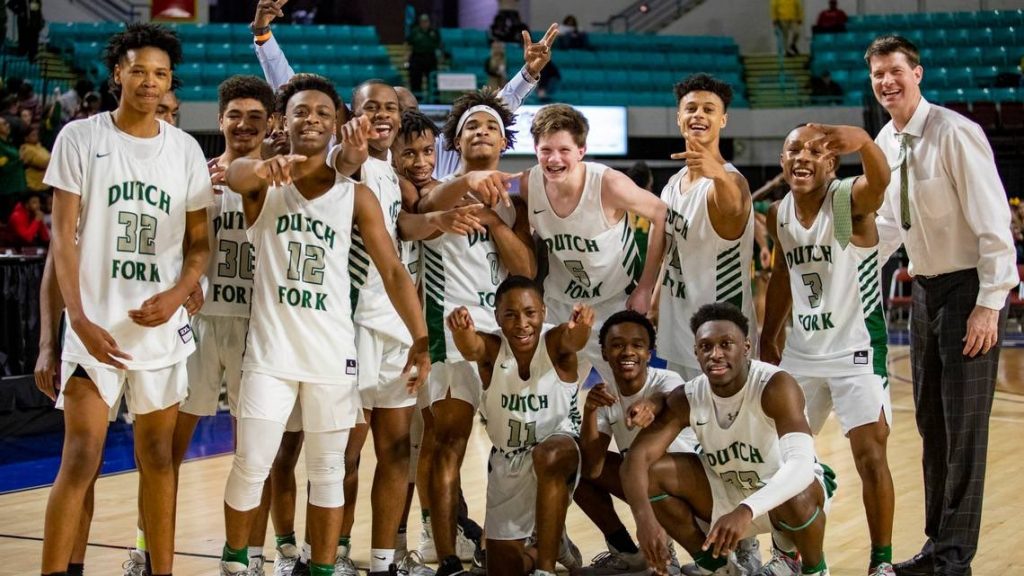 Dutch Fork is in a rare position in South Carolina high school athletics.

The Silver Foxes played one their best games of the season Saturday and knocked off Conway 71-52 at the Florence Center in the Class 5A lower state championship. Dutch Fork will make its second-ever state final appearance in boys basketball and will have a chance to join the football and baseball programs as reigning state champions.

“I knew coming over here, there was talent,” Dutch Fork coach Bret Jones said. “It just needed to be fostered. When I was at White Knoll and we would play them, I was like, ‘Wow, they’re really good.’ It’s year three and we’re in the state championship with a group that lost some guys to football that were really good players. We played our best basketball game of the year.”

Dutch Fork (21-9) plays three-time defending 5A state champion Dorman next Friday night at 8:30 p.m. at the Colonial Life Arena. This will be a rematch from the Class 5A football championship played in early December in which the Silver Foxes captured their fourth-straight title with a 34-31 victory.