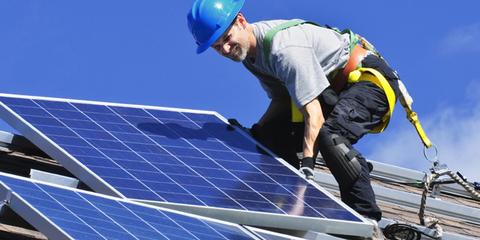 Over the past several years, I’ve learned about about solar energy – ever since the General Assembly unanimously passed Act 236 back in 2014. With the failure of SCEG/Santee Cooper to successfully manage the VC Summer Project and get that completed, this past year I’ve spent more time looking into solutions. The utilities have fought me, my colleagues and simply put – YOU – every step of the way. They did it again last week! I wrote about it below and the piece was shared throughout the state.

By now, you’ve probably heard that Duke Energy and SCE&G launched a surprise attack in the 11th hour against solar energy in the House and killed a pro-jobs, pro-customer solar bill.

What you might not have heard is that killing the solar bill was just one part of Duke and SCE&G’s multi-pronged offensive against clean energy.

On the same day that Duke Energy lobbyists were using underhanded tactics to defeat a bill that already had support of a bipartisan majority of House members, SCE&G’s lawyers were over at the Public Service Commission double-teaming us.

That day, the corporate utility lawyers actually argued with a straight face that there’s not enough sunshine in South Carolina in August to merit paying a fair price for solar. They also said that we don’t need any more energy generation sources in South Carolina, despite saying for 10 years that we needed a 2,200-megawatt nuclear power plant.

So what’s the truth? Do we have sunshine in South Carolina, or don’t we? Do we need 2,200 megawatts of energy, or don’t we?

With its laughable arguments about the lack of sunshine and energy needs, SCE&G convinced the Public Service Commission to set a rock-bottom price for solar power. And now that the commission has agreed with the utilities (as it usually does, because the utilities help get the commissioners elected), the rates will be too low for solar generation to get off the ground.

That’s right. In addition to having a monopoly on electrical service, Duke Energy and SCE&G get to set the price that their would-be competitors charge.

The more I dig into these energy issues and how many perks the utilities get, the more outraged I become. Our government should be working for the ratepayers and for the citizens of South Carolina — not for the utility monopolies. Unfortunately, when I look at what all has happened, I have to ask who is in charge.

Think about it. Duke Energy and SCE&G have a guaranteed monopoly on electrical service. Duke and SCE&G got a risk-free sweetheart deal to build nuclear power plants and put the exorbitant charges on the backs of ratepayers. Duke and SCE&G got a small group of House members to kill a solar bill that would have allowed more competition. Duke and SCE&G get to set the price of solar (the closest thing they have to competition) by simply asking the folks they help put on the PSC to set a rock-bottom price for solar.

Judging from their all-out offensive against solar, Duke Energy and SCE&G must be terrified that the growth of solar might cut into their profits.

Being terrified of losing profits is not a position Duke and SCE&G are used to occupying in South Carolina. They have been quite comfortable for decades, protected from competition of any kind by the mighty shield of their monopoly status and friendly regulators.

But now, the dual threat of cost-effective rooftop solar and solar farms clearly has the high-paid lobbyists, attorneys and CEOs shaking in their expensive suits.

The utilities have had the run of this state for too long, and look at we have to show for it: the highest power bills in the country, two nuclear-plant-sized holes in the ground in Fairfield County, more than 5,000 citizens out of work from the failed nuclear plant and now 3,000 solar workers with their jobs at risk.

The way I see it, we should be doing everything we can to make sure we grow solar. Not only will it create jobs, reduce customer bills and reduce our over-reliance on one energy source, but it will keep the utility bigwigs shaking in their suits and worried about profits.

There is still time to move solar forward this legislative session. There are still options. I implore my colleagues in the House and members of the Senate to act to advance solar energy growth in the waning days of session. This is what we were elected to do: Protect the interests of the people of South Carolina.