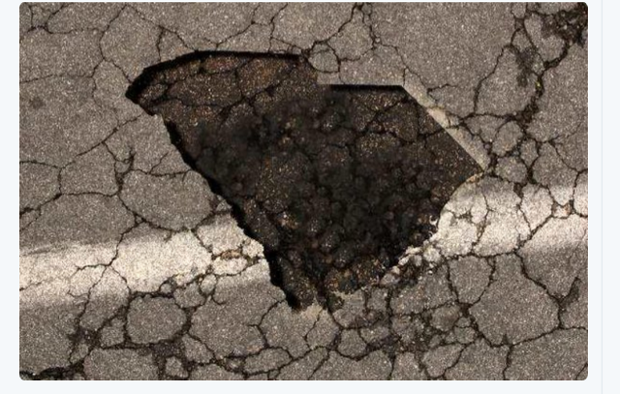 After more than 300 days since the House passed our plan to fix our state’s infrastructure needs (reform and funding), the Senate voted this week on their plan.

Now that there are 2 proposals, the question becomes “Which plan do you think is BEST?” Unless the House concurs with the Senate plan this week (which means we agree to Senate bill with no changes), legislation will head to a conference committee in the weeks ahead to “iron out” differences for a solution that can find enough votes to pass both chambers and gain the support of the Governor.

What are your thoughts? I believe the “comments section” now finally is working again (after receiving more than 8,000 spam comments in the past few months and a virus that took down several posts and every comment going back to when the website started)

As always, feel free to let me know your thoughts here , or email, or comment below.

TIM SMITH The Greenville News
On the same day the Senate gave final approval to its roads bill, House leaders attacked the plan, blasting it as “deceptive” and “irresponsible.”

The Senate’s bill, which actually amends a very different House bill, would dedicate $400 million annually for roads from the General Fund and transfer the power to appoint the state’s highway commissioners from the Legislature to the governor.

The bill now returns to the House, which next week will debate the budget. The original House bill would raise about the same amount of money through a sales tax on gas and by increasing the cap on the sales tax on cars, as well as give the governor the power to appoint highway commissioners, reform the State Transportation Infrastructure Bank and offer a financial carrot to counties willing to take over local roads in the state inventory.

“The Senate’s deceptive plan to fix our crumbling roads system is irresponsible and prioritizes politics over a sound solution,” House Speaker Jay Lucas said in a statement Thursday. “Not only does their plan mislead the people of South Carolina into thinking that a large pot of general fund money will be available every year for roads, it also practices reckless budgeting that jeopardizes the prosperity of our economy. While I acknowledge the Senate’s governance reform efforts, kicking the can further down the road and into a giant pothole defies the test of real leadership.”

House Ways and Means Chairman Brian White of Anderson said the Senate roads bill was not a serious attempt to address the state’s long-term infrastructure needs.

“The Senate’s plan is not a fix for our chronic roads problem,” he said. “It’s a plea for the House to budget them out of their inability to pass a comprehensive roads bill. The House has budgeted hundreds of millions of dollars for roads in the last several years and will continue to do so while we wait on the Senate to get serious about a long-term fix for our roads.”

“As additional money was made available, the House eagerly fought to set aside resources to improve the condition of our crumbling infrastructure rather than grow the size of government,” he said. “Over $1 billion in general fund money has been appropriated for road repair over the last three years. These short-term solutions proved to be a step in the right direction, but much like the Senate plan, do not provide for South Carolina’s long-term infrastructure needs.”

Senate Republicans did not take the criticism lightly.

Senate Majority Leader Harvey Peeler of Gaffney told The Greenville News that it was “mind-boggling” that Lucas, as a GOP leader of the House, was attacking the Senate’s plan.

“I could say the exact same words about his plan,” Peeler said of the House bill. “And that’s just not words, it’s facts.”

Peeler and Senate Transportation Committee Chairman Larry Grooms said the House plan would raise much less in revenue then when it was passed because it depends on a sales tax and the price of gas is dramatically lower than when the House passed the measure in early 2015.

Peeler also said of the House plan “has more hidden fees than a cell phone plan.”

“They raised taxes on the motoring public and fixed less roads with it,” he said.

Peeler said the Senate plan does not raise taxes, uses some of the $1.3 billion surplus money for roads and changes the governance at the state Department of Transportation.

“I would expect some negative push-back from our friends on the other side of the isle but this is just absolutely mind boggling to hear the speaker of the House of Representatives come out as harshly as he has,” he said. “I let him hit me once this past Friday. But there’s a difference between taking a punch and being a punching bag.”

Grooms said he had expected that House leaders would be unhappy about the bill. He said if House lawmakers look at the two plans side by side to see which provides more money for roads, “the more they will understand the wisdom of the Senate plan.”

“In their defense,” Grooms said, “when they crafted their plan, we were in a different place in our state’s economy. And gas was at a different price. But things have changed. We now we have more recurring, unobligated revenues than they dealt with, we have a lower price on gasoline and to me, it does not make any sense to move forward with any increases in any taxes when we know our recurring revenue base is up.”

“Senate moved on roads,” she Tweeted Wednesday. “Reforming so that Improvements are based on safety and traffic not on legislators in power. House, your turn.”

Her Tweet drew 163 likes but also some who disagreed.

“Nikki, this is hardly a Bandaid,” Ford Blanchard Tweeted. “This isn’t a solution or fix. This is pulling the wool over the eyes of South Carolinians.”

“movement not enough,” he Tweeted. “Not even a Bandaid for the horrible condition of highways in the Upstate and not a long term solution #fail”