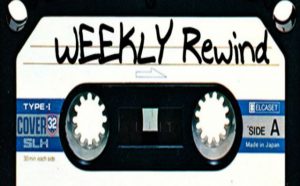 The House amended and sent back to the Senate H. 3444, proposed legislation to clarify State Election Commission Statewide Authority and Responsibilities. It would establish the ultimate authority of the State Election Commission to ensure standardized performance, conduct, and practices by county boards of elections and voter registration and that these local commissions are complying with applicable state or federal laws, as well as all State Election Commission policies, procedures, and regulations. It would also establish election audit methodologies. In addition, all candidates would have to pay filing fees, and may have to pay certification fees, whether or not they face a primary challenge. County boards would conduct all municipal elections. In its current form, this revised legislation also clarifies a voter’s domicile for voting purposes.

The House passed, as amended, and sent to the Senate H. 4766 which merges the Education and Economic Development Act Coordinating Council (EEDA CC) with the Coordinating Council for Workforce Development (CCWD). Currently, the Secretary of the Department of Commerce, the State Superintendent of Education, the Executive Director of the State Board for Technical and Comprehensive Education, and the Executive Director of the Commission on Higher Education or their designees serve on the CCWD. The bill removes reference to designees and requires the principals to serve. The State Superintendent of Education is directed to appoint a school district superintendent, a school counselor, and a career and technology education director to the merged council. The Chairs of the House Education and Public Works Committee and Senate Education Committee each have one appointment to the CCWD in the same manner as their appointment to the EEDA CC. The Governor must appoint two representatives from the business community who have professional expertise in economic development and workforce issues. Language requiring the President of the South Carolina Chamber of Commerce to make an appointment is removed. CCWD is given the additional requirement of facilitating and coordinating a unified statewide workforce plan. CCWD must also take on the EEDA CC role of ensuring that the EEDA is properly implemented. Language limiting CCWD’s focus to people age twenty-one and over is removed. The bill does not specifically repeal the EEDA CC, so, to remedy this, the committee recommended an amendment repealing the EEDA CC.

The House passed, as amended, and sent to the Senate H. 4570 which relates to the issuance of special license plates to service members associated with various military components or designations, so as to provide for a military license plate clean-up. The bill allows the DMV to issue US Space Force license plates for private passenger motor vehicles or motorcycles to active or prior service members. The bill reinserts the provision that disabled veterans are exempt from the regular motor vehicle registration fee. This provision was erroneously struck last year. The bill adds the Meritorious Service Medal to the list of special license plates for active or prior service members. It also reinserts the Support Our Troops special license plate that was erroneously struck last year. The bill repeals the Members of Foreign Consulates special license plate as the US State Department has requested that all states repeal the plate due to misuse of the plate in other states. This act would take effect on May 6, 2022. H. 4797 revises language regarding the issuance of the special commemorative “Public Education: A Great Investment” license plate by specifying that the funds from the plates must be used to provide classroom technology to the public schools, instead of restricting the funds solely to providing computers. This language is more encompassing and updates the statute to reflect the changes in technology that have occurred over the last several years in the classroom.

The House amended, gave third reading and sent to the Senate H. 4504, a bill stating that the purchase of a watercraft motor may not be taxed more than the maximum sales tax.