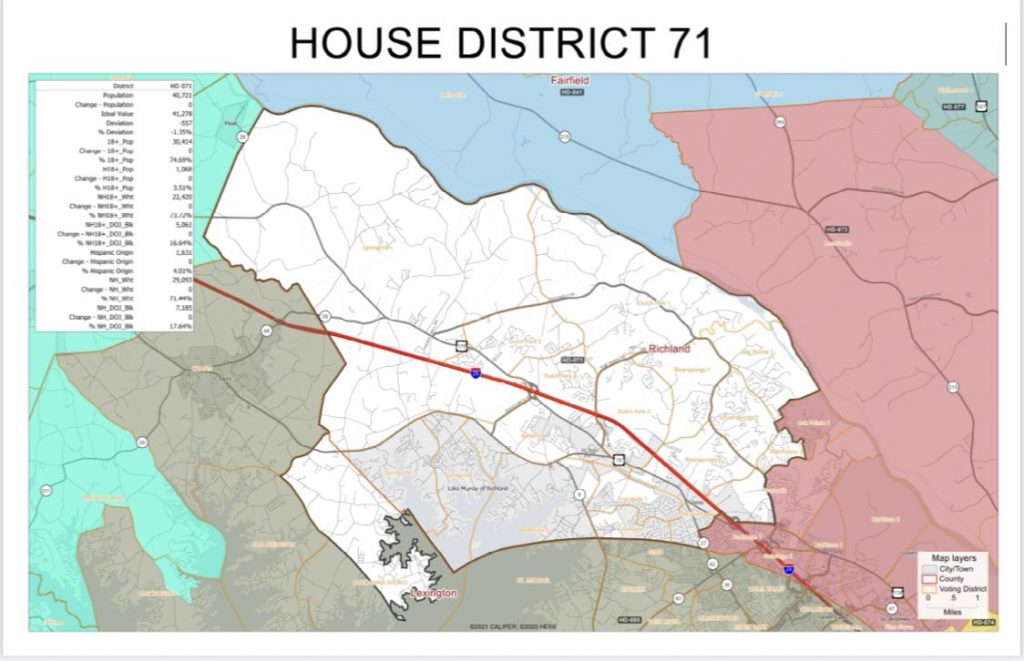 New proposed House District 71 (white area in photo) under the SC House Redistricting plan that goes before a special House Committee tomorrow. The once-a-decade realignment is triggered by census findings showing population growth and shifts across the state.

While our area population grew, most of Richland County did not. That means some voters in the lower part of the district have shifted into another district that needed more voters. As proposed Oak Pointe 1, Parkridge 1 and Parkridge 2 voters would be in House District 73 (pink area in photo). This is similar to a decade ago when some of the Riverwalk precincts were drawn into HD 73 to help that district keep their numbers close to the required number.

Plans are not final until voted upon by the SC General Assembly and any potential review by the courts.