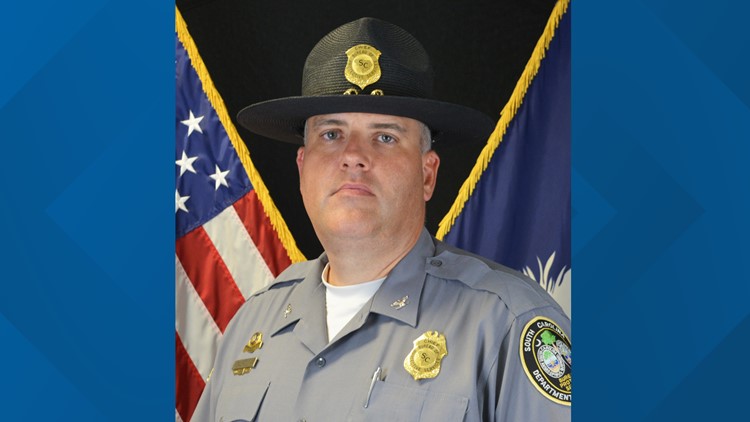 Matthew P. Calhoun, a 21-year veteran of the Bureau of Protective Services (BPS), was chosen to succeed Chief John Hancock, who retires July 1 after 28 years of service to the state.

“The sign of a good leader is preparing those in the wings to succeed,” said S.C. Department of Public Safety (SCDPS) Acting Director Robert Woods. “It has been my privilege to work alongside both these men through the years. They have shown exemplary leadership during some difficult times in our state and have been instrumental in keeping the employees and visitors at our State House Complex, Governor’s Mansion and other state buildings safe.”

For Calhoun, currently a major and the Assistant Chief at BPS, being selected as the next commander of BPS was “a lifelong dream that came to fruition.”

“I’d aspired to serve the department in whatever capacity that I was assigned to, but it was always a dream to serve in this position and be able to provide leadership for the officers at BPS and work closely with our sister divisions within SCDPS – the Highway Patrol and State Transport Police,” said Calhoun, a 1994 graduate of Barnwell High School.

When he officially takes over as Chief of BPS on July 2, Calhoun will be responsible for overseeing 72 officers who are responsible for ensuring the safety of citizens, employees, elected representatives and those attending events or visiting or conducting business on the grounds of the S.C. State Capitol Complex and other designated state facilities.

“I want to build young officers to be the next leaders in law enforcement and the state of South Carolina,” said Calhoun, who wants to ensure his officers have the equipment and training they need to do their jobs effectively.

Calhoun joined SCDPS in 1999 after earning a criminal justice degree from the University of South Carolina. Before serving as Assistant Chief of BPS, Calhoun was the field commander for the agency’s State House and Judicial divisions, a training officer, and he oversaw field operations for the Governor’s Mansion, State Agency Support Division and Special Operations. His career has allowed him to meet many dignitaries, including presidential candidates, and witness history, such as when the Confederate flag was removed from the state Capitol grounds.

In 2017 Calhoun joined a prestigious group comprised of less than 1 percent of the country’s law enforcement officers when he completed the FBI National Academy. The FBI National Academy allowed Calhoun the opportunity to “find the best practices” by learning from the experiences of other law enforcement officers, which will assist him in better protecting citizens, legislators, the governor and other leaders.

He is the son of Phillip and Jeanne Calhoun of Irmo, formerly of Barnwell. Calhoun is married to Lori Weeks Calhoun, also a Barnwell County native, and they have two children, Olivia and Andrew, both 18.

The South Carolina Department of Public Safety includes the Highway Patrol, State Transport Police, Bureau of Protective Services, Office of Highway Safety and Justice Programs, Immigration Enforcement Unit and the South Carolina Law Enforcement Officers Hall of Fame. Their mission is to ensure public safety by protecting and serving the people of South Carolina and its visitors.