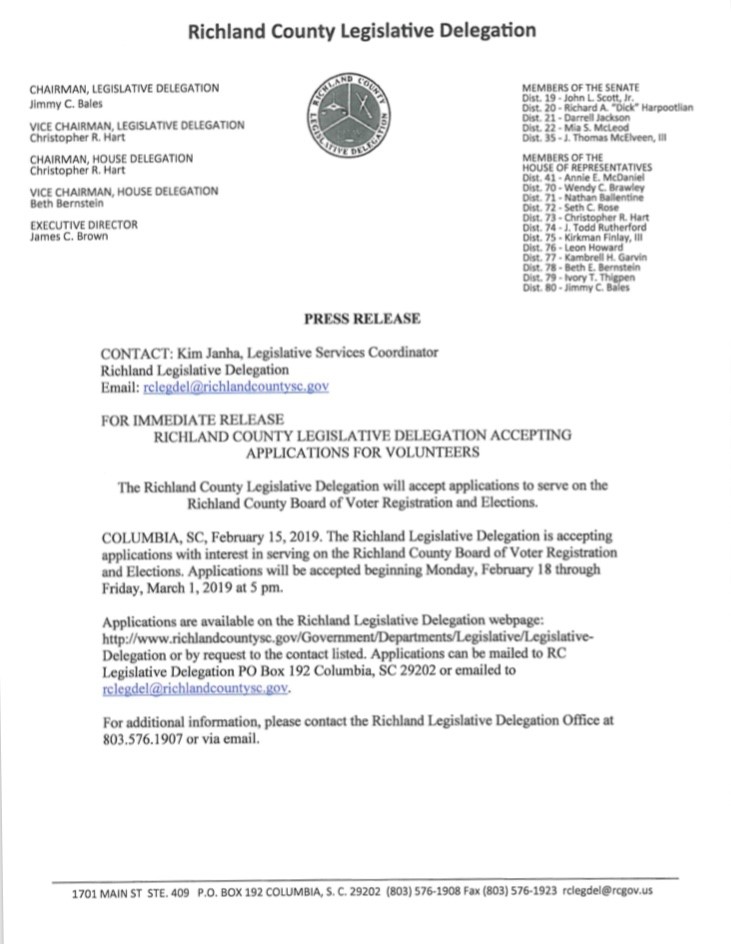 “This all shows the importance of who we place on these boards and commissions,” Ballentine said. “We have not filled these posts with the most qualified people.”

Until a debacle involving the delegation-appointed county Recreation Commission in 2016, the legislative delegation voted on an entire slate of board nominees that came from a special application review committee and could not make changes, Ballentine said.

The 17-member delegation also met just once a year, unlike the Lexington County lawmakers who gather about six times a year, said Ballentine, whose district includes both counties.

“There is no oversight (in Richland),” he said. “We had no idea what these people were doing after they were appointed.”