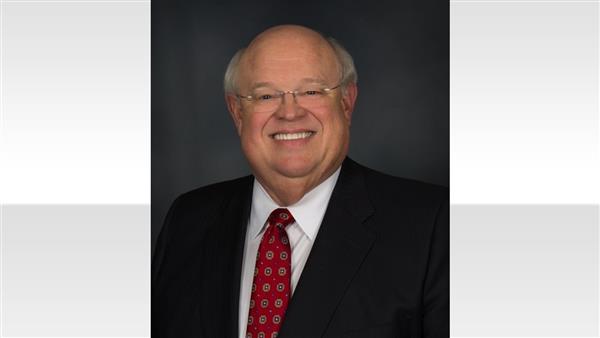 The announcement was made during the Oct. 9 school board meeting in a statement read by Hefner. He has served as superintendent in District Five since January 2011.

“Serving as superintendent of District Five is an honor of the highest order,” Hefner said. “I love public education, and I love this job. I have been blessed beyond measure. After 24 years as a superintendent, I believe that it is time for me to move on to the next season of my life.”
After earning his bachelor’s degree at Southeast Missouri State College, Hefner began his career in education as a high school teacher in his home state of Missouri. He earned a master’s degree and doctorate from the University of South Carolina. In 1974, he began work as a school counselor at Spring Valley High School. In 1994, he was named superintendent of Richland School District Two, where he served until 2010.

An advocate of public school choice, Hefner has been credited with launching and fostering several magnet programs in both Richland 2 and District Five. An estimated 15,000 – or 1 in 7 – students in the Columbia area are in magnet programs because of his singular efforts to bolster magnets, according to a recent media report.

In District Five, Hefner has helped school leaders secure two multimillion dollar federal Magnet School Assistance Program (MSAP) grants, including a $10.3 million grant in 2013 and $13.7 million grant announced last month. The district’s academic accolades also continued under his leadership, including top ratings, leading test scores and consecutive No. 1 school district rankings by Niche.com.
Hefner has received numerous honors during his career in education, including the “Friend of Gifted Education” Award from the S. C. Consortium for Gifted/Talented Education in 1995 and Educator of the Year award by the S. C. Association of Supervision and Curriculum Development in 1997. He was honored as “Distinguished Citizen of the Year” in 2003 by the local Boy Scouts of America organization. In 2009, Hefner received the Order of the Palmetto, the highest civilian honor in the state of South Carolina. He was named South Carolina Athletic Administrators Association (SCAAA) Outstanding Superintendent in 2014. In 2015, he became the only superintendent in South Carolina history to receive the South Carolina Association of School Administrators Superintendent of the Year award twice.

District Five School Board Chairman Robert Gantt said, “Under his inspiring leadership, District Five has enhanced its legacy of academic excellence, while building new schools, establishing a national model for career-focused education, creating choice for students and parents, and improving the safety and security of our schools…He will be sorely missed, but his legacy will last for many years to come.