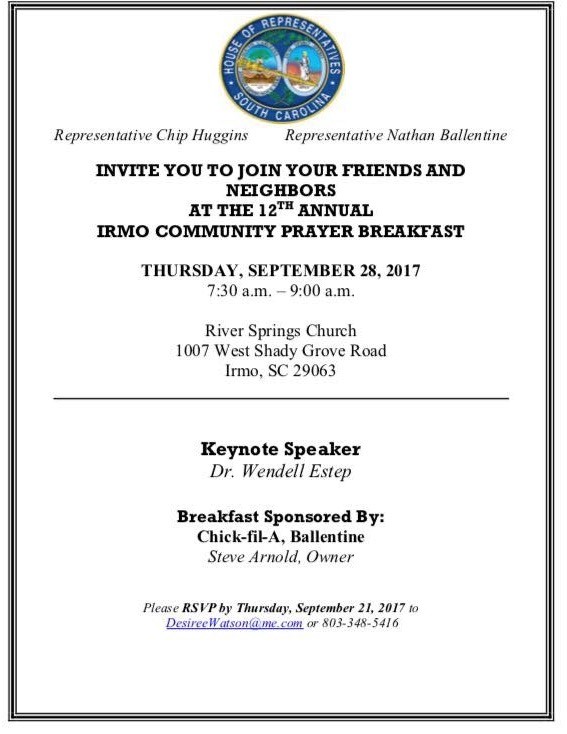 Can’t believe it’s been 12 years since my friend, Representative Huggins, and I decided Irmo needed something that would far outlast our time in office. Twelve years later the community comes together in what Chip and I refer to as “the kickoff of the Okra Strut” – held every Thursday before the Okra Strut Festival at rotating churches in the area.

This year, we have invited retiring pastor Dr. Wendell Estep from First Baptist Church in Columbia to be our speaker. Many of you may see him each week on TV, but several have not and we wanted to bring him to Irmo for this special occasion.

The event is FREE (thanks to the support of our wonderful sponsors). PLEASE RSVP before September 21st so that we can be sure your Chickfila Biscuit is waiting for you that morning! RSVP to DesireeWatson@me.com or by calling (803) 348-5416.

As always, doors open for breakfast at 7:30 am and the program begins promptly at 8:00 am.

This years’s event is the first one hosted by River Springs Church located at 1007 West Shady Grove, Irmo, SC 29063.

This year’s host church is the 9th different host for the event! Past host churches and speakers are listed below: