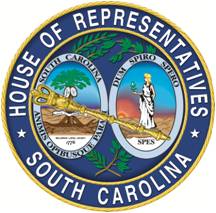 It’s hard to believe the first year of our two-year legislative session is nearing a final close. It is during these final 6 days of the regular legislative session where consensus is built and bills make their way to the desk of the Governor. For the second week in a row, the clock ticked while the Senate engaged in a contentious debate of the House Roads Bill. In a break of good news, the Governor also signed 5 new pieces of legislation, chief among them a bill to bring solvency to the public employee retirement system.

Addressing the condition of our state’s roads and bridges is the top priority of nearly every legislator in the House and Senate. After two weeks of public debate on the matter, I was pleased to see the Senate give the House roads bill a final vote. At approximately 10:30 pm Wednesday night, and after nearly 75 proposed amendments, one final amendment was added to the roads bill by Senators and a successful vote for passage was taken.

To be sure, the Senate version is not ideal or perfect – far from it. Many in the Senate would even agree with this conclusion. Among other things, the Senate version of the roads bill doubles driver’s license fees, includes a wealth redistribution element more commonly known as the “Earned Income Tax Credit,” provides tax credits for college students, and almost completely removes the DOT governance model contained in the House version. In keeping with the legislative process, the bill now heads back to the House where we will begin debate on the merits of these Senate changes and work out the policy differences between the two plans.

As I have stated before, both the House and Senate reached a legislative agreement on the first phase of the long-term approach to securing the public employee retirement system. This monumental undertaking was a problem created over a number of years, and will take just as many if not more to be fully resolved. The first step, one that stops unfunded liabilities from increasing, was signed by Governor McMaster this week. The House and Senate will continue work through the summer and winter months to craft the next phase of legislation ensuring the retirement system remains fiscally sound and secure.

Ten years ago, I was the primary sponsor of a bill to help autistic children and their families receive the insurance coverage they needed. That initial coverage made SC only the 2nd state in the country to realize the importance and need for families to not have to shoulder the financial burden alone to help their children. Last month here in the Irmo News, I wrote about the recent push to finish what we started back then – in 2007. I’m pleased to share that this past week, the House overwhelmingly agreed we needed to catch up with the rest of the country and assure all autistic children and families are covered. Now that the House finally agreed that insurance companies should expand coverage to employees at small businesses and also those with individual planes, SC will catch up with more than 30 other states who were able to pass the entire reform before we did. The good news is the Senate has passed similar language with a vote of 42-3 in the past so while they may not take up our House bill until January 2018, I feel very good it will become law once they do take a final vote.

Even though session is almost over and school almost out, I will continue to keep you updated on state and community issues through my website and also here at the Irmo News. It is an honor to serve you and your family in the General Assembly. If you ever find yourself in need of assistance navigating state government, or if you have ideas on issues you want me to share with my colleagues in the House, please don’t hesitate to contact me at www.nathansnews.com or call me at 734-2969.