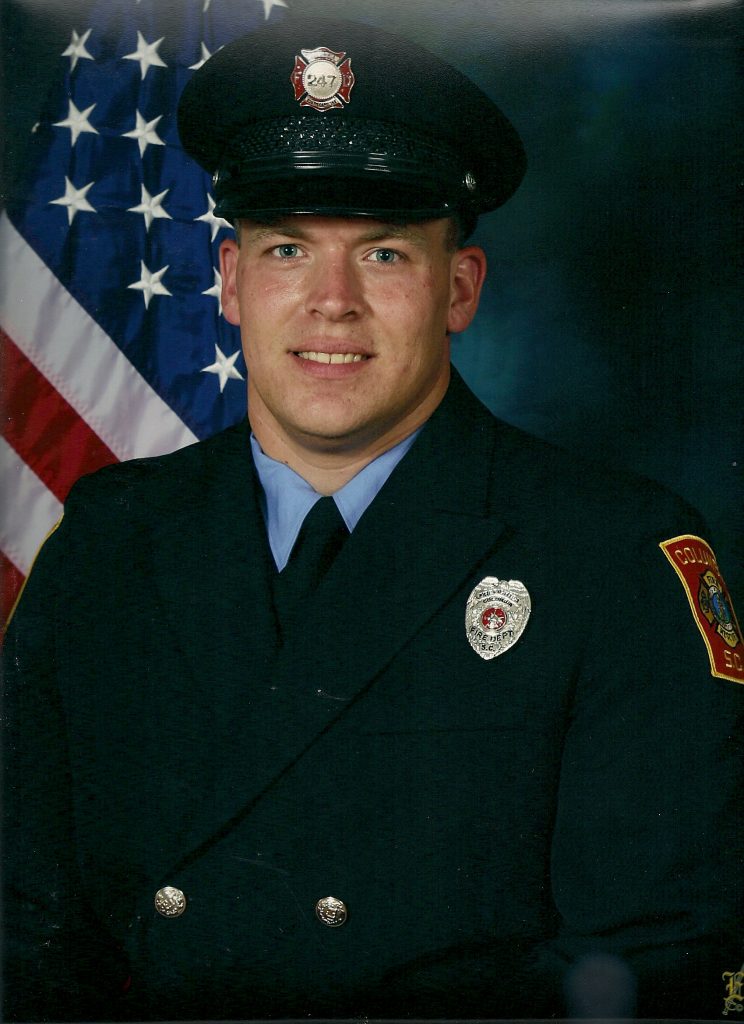 James Patrick Shirley II of Chapin has been named Chapin Post 193 of the American Legion’s Fireman of the year.

He was born in South Carolina and graduated from Chapin High in 2000. In 2003 he began his firefighting career as a volunteer for both Richland and Lexington counties. He became a full time fireman in May of 2005 working at the City of Columbia Fire Department. In 2008 he was promoted to Senior Firefighter and in October 2011 again promoted to Fire Engineer.

He lives in Chapin with his wife Amy and their 3 sons. He is an active member of Hope Lutheran Church.