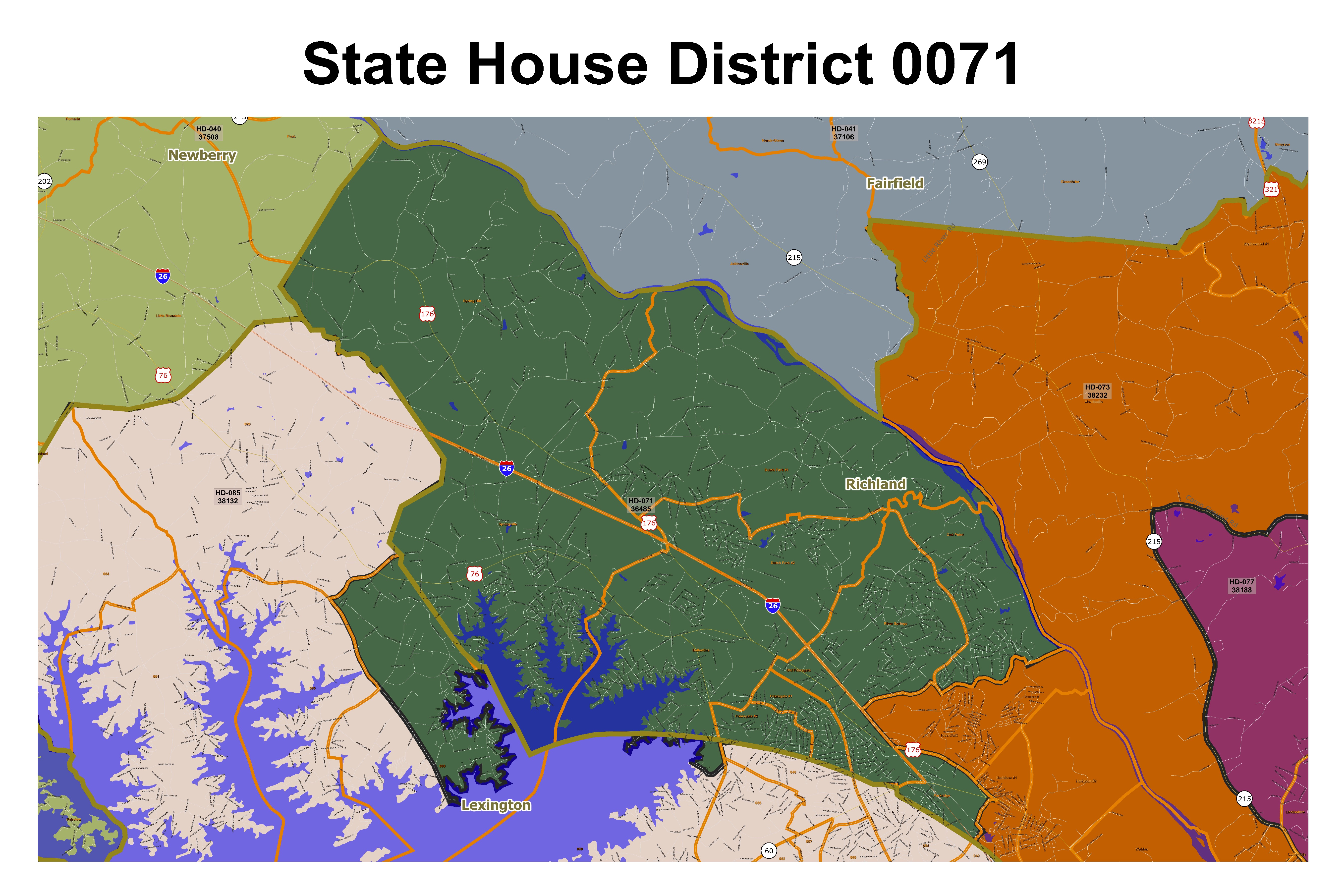 As you know, the 2010 Census provided new, updated population numbers for our state as well as changed the political landscape in South Carolina – locally and in Washington.

As a state, SC picked up an additional Congressional Seat (“the 7th”) and that race has started to heat up along the coast. Closer to home, we had changes in local House and Senate lines based on either the growth (or lack of growth) in surrounding areas.

SC House District 71 has grown considerably in the past decade (one of the top 10 growth districts in the state) and for that reason, the geographical shape of the district had to be redrawn.

During the redistricting process last year, the House and Senate each took great pains to put forward new legislative districts that preserved communities and met with federal guidelines. As is routine, those lines were challenged in court, and just last week recently upheld, making them now official.

You can read about the resolution of the lawsuit here .

You can get also get a “refresher” on the redistricting process from a post I wrote last June.

Now that the lines are official, I wanted to let you know that I plan to soon file and run to represent District 71 again.

Serving the Irmo/Chapin community in Columbia continues to be an incredible honor. I can’t tell you how much I appreciate the support. Your emails, calls and comments all help me better understand differing viewpoints before ultimately casting my votes. Thank you for you willingness to contact me and participate in the process!

When I ran for this office originally, I did so with the idea that service is about “People, not Politics.” Those aren’t just words; they are truly something I’ve tried to live by during my time in office.

It’s been a pleasure to serve you these past four terms, and I hope you will give me the honor of allowing me to serve you again!